Hi, we're new here. We've had our 325 AC '96 for about 4 years now. Port eng rebuilt 3 yrs ago, stbd rebuilt 1 yr ago. We boat out of Freeport, Long Island, NY. This is our 4th boat, having started with a 19' Dynasty cuddy, 24 ft Chris Craft Euro express cruiser, then a few years off until we got a Maxum 2400 SCR mid cabin pocket cruiser with AC.

I've done many improvements to the Carver from radar arch, to high bilge alarm, to the most recent replacement of twin cooktops to Induction ; best upgrade yet !

I just purchased a '95 325 AFT myself and so far I love it. I've been working my way through much of the smaller stuff on my boat. Waiting on winter to tackle some of the bigger stuff.

I'm always interested to see what other people do to their boats. I love the inspiration from it. Do you happen to have any pictures of the projects you've worked on?

I just purchased a '95 325 AFT myself and so far I love it. I've been working my way through much of the smaller stuff on my boat. Waiting on winter to tackle some of the bigger stuff.

I'm always interested to see what other people do to their boats. I love the inspiration from it. Do you happen to have any pictures of the projects you've worked on?

Great boat imho, you should have tons of fun on it. We like that it's 32 ft with the aft cabin and costs less to dock and store, as opposed to friends who have much longer boats yet the same interior space because the engines are in the cockpit.

The latest was new cellular black-out blinds in the salon, replacing vertical POS's: 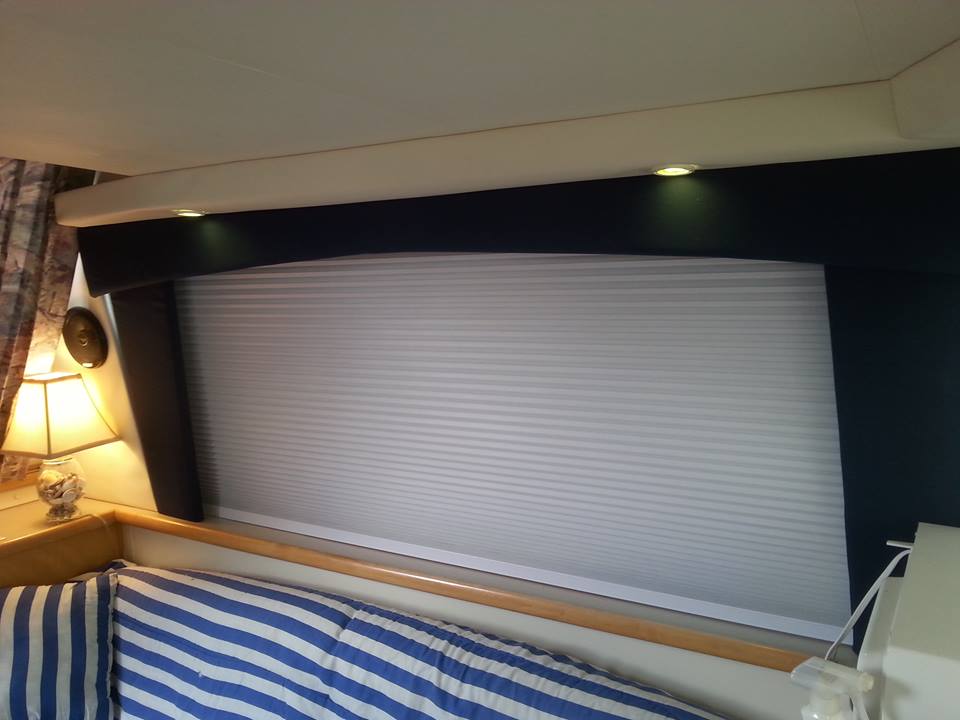 Replaced the Princess two burner stove with Induction cooktops; now we can cook in 3 minutes as opposed to like 30 waiting to get hot enough: 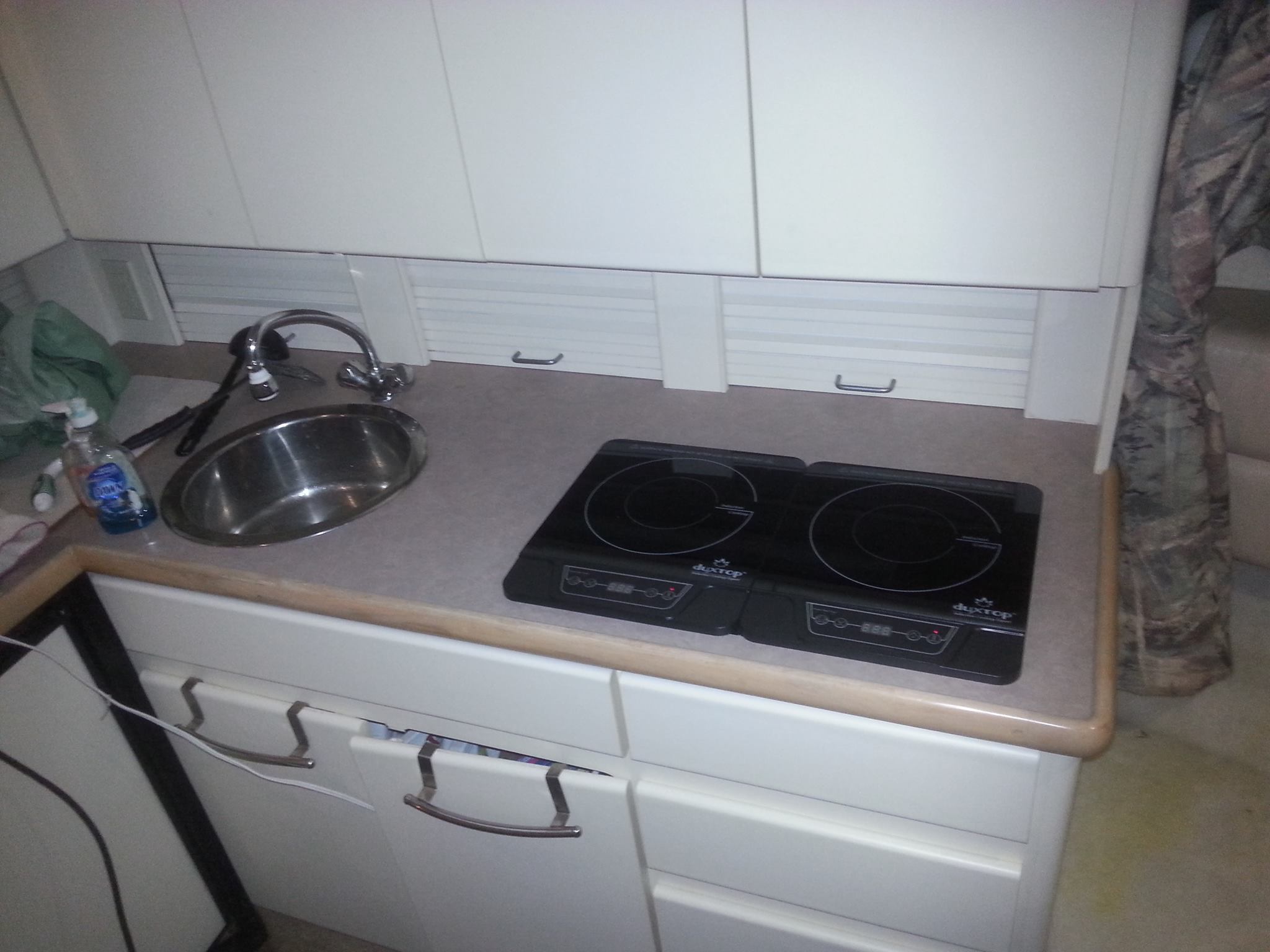 Other improvements were: high level bilge alarm, radar arch, hot water bypass valves for winterization, helm windlass switch, bow anchor roller with auto-launch, 2k watt inverter off of two 12V batt's in parallel, switchable from isolated to combined with two genny batt's, all ceiling G4 halogen bulbs replaced with LED's which are like 1/8th the power draw and are cheap on Ebay at like $2.50 each. You can search "G4 bi pin LED bulb" and buy in sets of like 10. Some of the ceiling sockets may have to have the wires reversed as the LED's are polarity sensitive, but it's cheap and easy; we haven't had any issues with them since changing 4 years ago.
Top
Tommyfmu

Good stuff! I like how you cut the sloped wall in front of the salon window to be straight down and trimmed it. With the shades it looks more modern. I'm definitely doing the led swap soon and I'll definitely steal some of your other project ideas.

Check out mkemper here on the forums. He's done some amazing things with his similar carver.
1995 Carver 325 AFT
Top
porbe

I couldn't figure out where to put a tv so I put it where you would naturally want one in front of the couch. It's about 28". I won't get into details on how I mounted it but it was all pieced together with about $20 of pre made items from Lowes. I still have to paint all the non-black parts.

The challenge was to mount it in such a way that it was relatively clean, low profile, and without drilling into the window frame or wall fabric. Essentially it is a simple bracket (it's actually a mailbox mounting plate) that's attached to the inside of the trim on top with supporting arms along the bottom of the bracket that helps stabilize the lower part.

I'll be happy to give a more complete write up if anyone wants it.

image.jpg
image.jpg
You do not have the required permissions to view the files attached to this post.
1995 Carver 325 AFT
Top
porbe

Looks Great. I was thinking about something similar in my 32' Convertible, but was looking at mounting a hinged TV mount from the bulkhead wall. I like this idea much better...
1986 Carver 3227 Convertible
Top
eric_b

porbe wrote:Check out mkemper here on the forums. He's done some amazing things with his similar carver.

Very cool that he can do all that fiberglass work. I'd love to have hardtops and an arch made of fglass. Post pics of your additional projects

LOL, this is exactly what I was telling the admiral I wanted to do.
Top
Teko

Return to “Introduce Yourself!”

Users browsing this forum: No registered users and 22 guests